The bubbles that conquered “Gambero Rosso”

The idea of being able to get a great sparkling wine out of our Verdicchio wines was one of the intuitions that marked the history of Colonnara and that made it an excellence of the territory on an international level.

In the 1980s, we began experimenting with the fermentation of Verdicchio with the Metodo classico, based on the experiences of Ubaldo Rosi, owner of noble houses in the area in the mid-nineteenth century, and of the doctor and Benedictine monk Francesco Scacchi from Fabriano, who wrote of sparkling wines already in 1622.
Since then the production of sparkling wines has grown uninterrupted, with numerous prizes and awards that consecrated Colonnara as a reference point for the Verdicchio sparkling wine production. 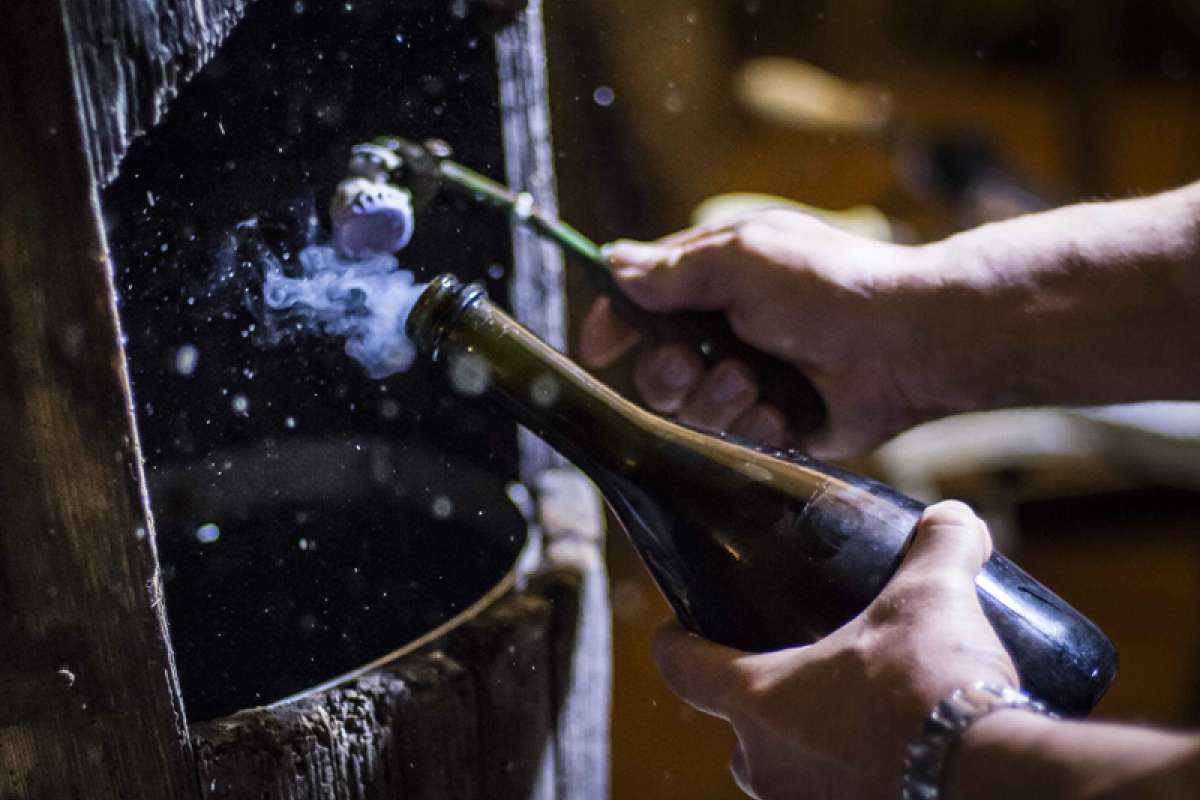 In the silence and dim light of our ageing cellar the time of bottle refining of the sparkling wines Metodo classico Colonnara flows leisurely.
A time that can last over 60 months, rare, lonely, only interrupted by the wise movements of the cellarhands.